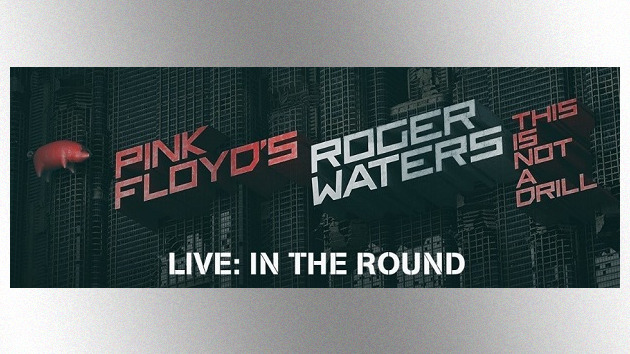 Former Pink Floyd singer/bassist Roger Waters‘ This Is Not a Drill tour of North America gets underway Wednesday night with a concert in Pittsburgh.

The trek originally was scheduled to begin in July 2020, but was pushed back two years because of the COVID-19 pandemic. The tour features a total 40 shows in the U.S. and Canada, running through an October 8 performance in Dallas. The outing will wind down with a trio of concerts in Mexico — on October 11 in Monterrey and October 14 and 15 in Mexico City.

As previously reported, the This Is Not a Drill concerts will be staged “in the round,” a first for Waters.

In a statement about the trek, Roger explained that his performances will offer “a stunning indictment of the corporate dystopia in which we all struggle to survive, and a call to action to LOVE, PROTECT and SHARE our precious and precarious planet home.”

Leading up to the start of the tour, Waters has been posting a series of black-and-white video clips on his social media sites featuring footage of him rehearsing with his backing group, and sharing his excitement about the new show and its stage production.

The clips have included snippets of Roger and company playing such Pink Floyd classics as “Shine on You Crazy Diamond,” “Eclipse” and “Another Brick in the Wall.”